A Festive Day in Orange

Holland’s “Koningsdag” is one of the most entertaining and boisterous holidays of the year. The reigning king’s birthday is celebrated with colorful street festivals, vast flea markets, folk festivals, and parades featuring music and dance. Of course, all of this is best done in orange, Holland’s national color! Since 2014, the day honoring King Willem-Alexander has been 27 April. Before King Willem-Alexander took the throne, the celebration was Queen’s Day, and before that it was Princess’ Day.

In Munich, this tradition started in 1991. The Consul General invites high profile guests to a prominent Munich venue for a networking reception on the occasion of the Dutch national holiday. The spectacular settings for this celebration in orange have included Munich’s Modern Art Museum, the Old Town Hall, the Ballroom at the Westin Grand Hotel am Arabellapark, and the Transportation Museum.

This year, Consul General Peter Vermeij and his partner Danielle Vochims invited guests to His Majesty’s celebration at the magnificent Hubertussaal at Nymphenburg Palace. I had the honor of attending the party together with my colleague Barbara Rollmann-Borretty of Borretty Contemporary Art.

Those who are familiar with my work know that I love traditional handcraftsmanship. Therefore, an event hosted in a hall so steeped in tradition was entirely in line with my tastes. It still boasts the old beautiful boarded parquet flooring in the Versailles style. Magnificent glass chandeliers give the room an added touch of class. A fantastic setting to spend an evening discussing art, culture, architecture, and design while donning an orange tie, of course. For this festive event has always been a venue for exchange in culture and business between the Netherlands and Bavaria. Guests not only include government representatives and private enterprise, there are always creative minds from art and culture as well. As an interior designer, this is a welcome opportunity to network and exchange ideas with interesting people from the widest variety of branches.

The Netherlands are definitely among the leading countries when it comes to contemporary design. According the website of the Dutch Consul General in Munich, the Netherlands have been among the top ten most innovative and creative countries for several years now. Dutch architecture in particular is receiving widespread recognition. Architects like Rem Koolhaas and Ben van Berkel, as well as architectural firms like Mecanoo have made an international name for themselves, drawing attention to Dutch architecture beyond the country’s borders.

The reception was a delight and I was able to make a lot of new contacts. The musical interlude by opera singer Iris van Wijnen was a successful highpoint of the event. And who knows, perhaps I’ll add an accent of orange in the future here or there in interior design projects… in the spirit of German-Dutch collaboration. 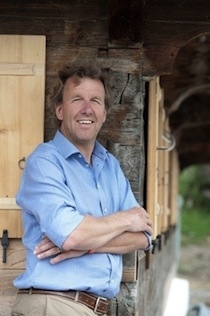